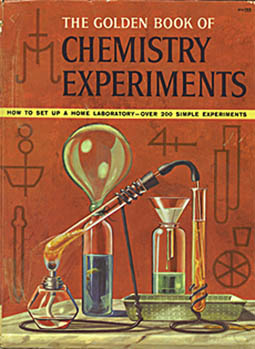 The Golden Book of Chemistry Experiments, written by Robert Brent and illustrated by Harry Lazarus, is a children's book that was published in the 1960s. Its intention was to show children how to set up a home chemistry lab and conduct simple experiments. The US government had the book removed from libraries and banned for sale on the grounds that the projects were too dangerous for its intended audience. Many of the experiments it contains would be excluded from modern chemistry books. It is beautifully illustrated and packed with information. According to the Online Computer Library Center (oclc.org) there are only 126 copies of the book in libraries worldwide. Purchasing a copy could set you back around R5000. Fortunately, you can download a pdf of The Golden Book of Chemistry Experiments from Anne Marie's Chemistry Blog on the about.com website.

Condomise and save the planet 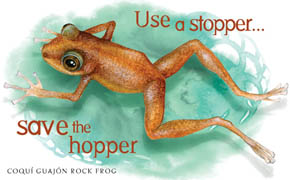 The Center for Biological Diversity is distributing 100,000 free Endangered Species Condoms across the United States to highlight how unsustainable human population growth is driving species extinct at an alarming rate. See the whole range of condom packets at endangeredspeciescondoms.com. 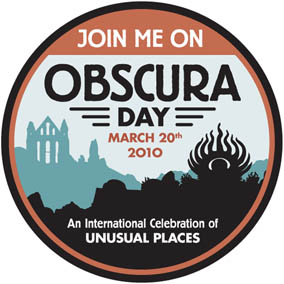 Obscura Day
On March 20, people in cities and towns across the globe will be celebrating Obscura Day by visiting "wondrous, curious, and esoteric places". The event is coordinated by Atlas Obscura (atlasobscura.com) a project that aims to catalogue all the "singular, eccentric, bizarre, fantastical, and strange out-of-the-way places that get left out of traditional travel guidebooks and are ignored by the average tourist."
According to a recent report on Time.com: "Atlas Obscura is really the type of site that should be labeled as not safe for work. Not because there's anything offensive about it – don't worry, you can click safely – but because the posts make you really, really want to get out of the office." (Time.com 7/7/09)