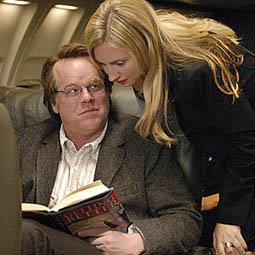 In 2007, writers Levi Stahl and Ed Park started a blog that lists all the fictitious books mentioned in real books. The blog can be found at   http://www.invislib.blogspot.com. Here is a sampling:


ANONYMOUS: Butterflies You Ought to Know Better from John B. L. Goodwin's "The Cocoon"

BANE, Joseph Cameron: Cabot's House, Lips That Could Kiss, Ruthpen Hallburton, The Wind at Morning and "others, others" from Lawrence Block's "With a Smile for the Ending," in Enough Rope

BENDRIX, Maurice: The Ambitious Host, The Crowned Image, The Grave on the Water-Front from Graham Greene's The End of the Affair

FLOOD, Margery McIntyre: You Can't Do Anything Right, Mom's Coffee Smells Like Gin, You Would If You Loved Me and Where Were You on Sunday?  from Caitlin Macy's "Bad Ghost," in Spoiled

WOMAN WHO RE-READS YOUR LETTERS: Memoirs of a Scab Picker
from Carrie Olivia Adams's Intervening Absence

... get visible
Last year the INK Illustration art collective created an exhibition featuring book covers of 40 titles taken from the blog. Attendees were encouraged to “sign out” books and write their opening or closing passages based on the titles and cover illustrations. By the end of the exhibition, the once invisible books had been given real words. 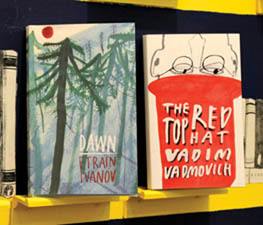