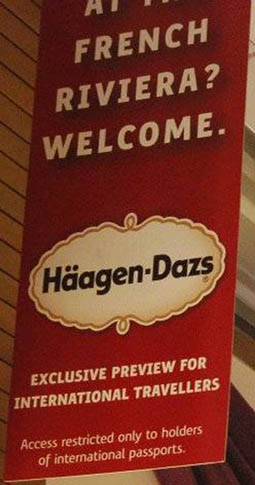 BoingBoing invited submissions of 100-word essays entitled Found in Space. According to the website: “The winner shall be chosen at arbitrary whim. Runners-up get something random from the gadget dungeon”. Here are two of the finalists.

He knew that his owners loved him, but that was about it. Benny the golden retriever certainly wasn't clever enough to see the irony of his owners only putting up 'lost' signs a mile from his home while he was a great many orders of magnitude further away. Nor was he smart enough to know even the basics of the exotic physics that brought him here in .037 seconds.

He didn't even know where ‘here’ was, he just knew it looked a little like a place he could call home: green grass, lots of squirrels, three suns in the sky.

I don't know how long I stared at that cow. I think she must have escaped from the farm down the hall. It was after midnight on the third-deck workspace and I was alone. She lumbered in and tore a frond from my hydroponic fern. Then she leaned into my desk and it tipped into the air like a ship. I watched in disbelief, paralyzed, as my monitor crashed to the floor. Before, she was just another cow in a spaceship. But now she made history: she was the first ever cow in a spaceship to go on stampede.

According to Rajesh Kalra of The Times of India, the inaugural Delhi outlet of Haagen Dazs opened with a "no Indians allowed" policy. The sign on the door read, "Access restricted only to holders of international passports." After a public hue and cry, the franchise operator (who is Indian) dropped the policy and claimed it had never existed.

A Director of Haagen Dazs called Kalra on Wednesday evening to discuss the post and the reaction it has generated from Indians all over the world. He explained that their banner was merely a teaser implying that the company can never say no to an Indian. He admitted that the company may have erred in its choice of words and said he was sorry.
(blogs.timesofindia.indiatimes.com)