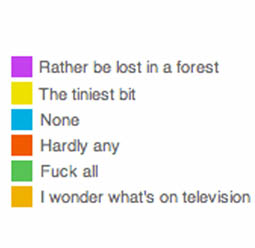 A website that publishes anonymous submissions and leaks of sensitive governmental, corporate, or religious documents, is releasing more than half-a-million confidential pager messages sent around September 11, 2001. The data includes pager messages sent by officials from the NYPD and the Pentagon, as well as texts from ordinary people who watched as the twin towers of the World Trade Centre collapsed. Boing Boing's Xeni Jardin took the time to scroll through the archives and found the combination of "mundane, mechanical and meta" fascinating. Amongst the urgent uppercase messages from wives asking their husbands to please call to let them know they're still alive and commands for officials to "meet in the situation room", are those from office workers complaining that their printers have gone offline and texts from disgruntled corporate employees asking why their bosses don't just give them the day off already.

"Hey Honey! Can you bring some bagels when you get back? The pork chop is now crying about the World Trade Center plane crash. Geez! It is scary but no reason to cry. Talk to you later! I love you!"

"Good morning sexy man!! Got my zebra thongs on!!! Feeling a little animalistic!!!"

This one begs the question: Did Shawn escape the inferno or did fate put him at its eye?

Pie chart in the face
Freelance designers are often expected to dish out free logos and powerpoints to acquaintances who want to jazz up their presentations. The 27b/6 blog (www.27bslash6.com) records the correspondence between cheap (imaginary) client Simon Edhouse and designer David Thorne in an entry called "Please design a logo for me. With pie charts. For free."

Thorne replied to Edhouse's request by sending him this pie chart, called David's Enthusiasm for doing Free Work for Simon, along with this note: "I would be delighted to spend my free time creating logos and pie charts for you based on further vague promises of future possible payment. Please find attached pie chart as requested and let me know of any changes required." 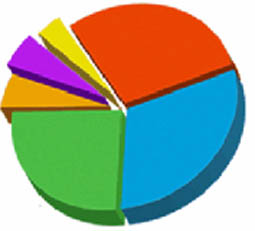