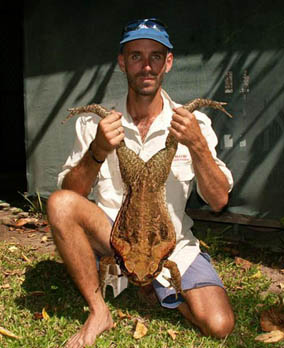 The cane toad (Bufo marinus), a native of South and Central America, was  introduced to Australia in 1935 in an effort to control beetles that were threatening the Queensland sugar cane plantations. But the toads refused to prey on the pests and instead became prey to indigenous snakes and other reptiles whose numbers decreased because they were poisoned by the powerful toxin in the toads’ parotid glands. Like so many other species introduced to the unique Australian ecology, the cane toad has run riot, necessitating the introduction of a bounty on the invaders. Hunters are encouraged by animal anti-cruelty activists to freeze the amphibians rather than hit them with golf clubs. 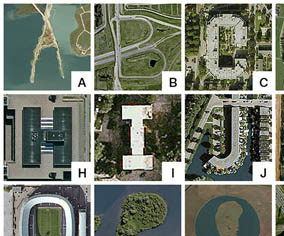 Thomas de Bruin has painstakingly perused images from Google Earth in search of aerial deadringers for each letter of the alphabet (including capitals, lower case and punctuation) using locations in The Netherlands.
www.flickr.com/photos/thomasdebruin 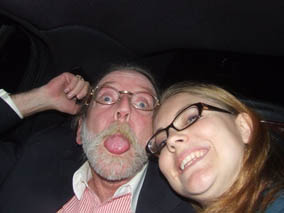 Googling yourself might get you found
When April Becker googled herself, she found a whole website dedicated to her. A letter on the site, aprilbecker.com  reads:

When you read this, please send an email to:   This email address is being protected from spambots. You need JavaScript enabled to view it.. Im your Dad and I would really like to talk to ya. When I get your email, I will ask you a couple of questions that only you would know so I can filter out the crazies out there. By the way, You have a lil sister that REALLY wants to talk to you :-)

Father and daughter have been re-united.