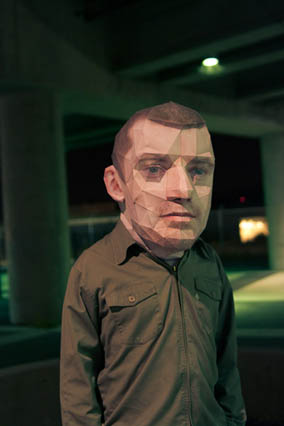 Now that Hollywood has turned South Africans onto "Hollyween" – October the 31st was a perfectly ordinary day when I was growing up – it is important to make a splash with  an unusual costume. I like Eric Testroete's papercraft bighead, which he modelled first in a 3D programme and then constructed from card. – testroete.com

Roper's Twitterpeal for Joost headline
When the Mail & Guardian's Chris Roper was looking for a suitable title for  his review of the Joost van der Westhuizen biography, Joost: The Man in the Mirror, he put out an appeal to the Twitterverse. Here are some of the responses he received:

He's Joost Not That Into You. @scpereira and @zarsa
"When the knickers hit the tar, that's Amor hey"... @zarsa
Joost put it in. @wrldfmsartst
Joost in time for Christmas
@IndiqueEditor
"joost another manic monday" @neilanni

Roper chose "Joost Laaik!" submitted by @FuziJuzi as the winning entry. Read the rest of the responses on the Mail & Guardian website (www.mg.co.za) or experience the whole fascinating  conversation on Roper's Twitter page, twitter.com/ChrisRoperZA.

In memory of Laika 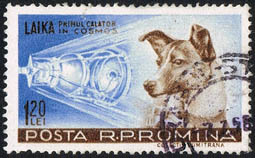 52 years ago, a Moscow stray called Kudryavka, Russian for "Little Curly-Haired One" became the  first animal to orbit earth when she was placed on board Sputnik 2, and launched into outer space on November 3, 1957. Laika, as she later became known, died within hours of the launch, probably from overheating and stress, although it was reported that she lived for days.

In 1998, after the collapse of the Soviet Union, Oleg Gazenko, one of the team responsible for sending Laika into space, expressed regret for allowing her to die: "Work with animals is a source of suffering to all of us. We treat them like babies who cannot speak. The more time passes, the more I'm sorry about it. We shouldn't have done it ... We did not learn enough from this mission to justify the death of the dog."