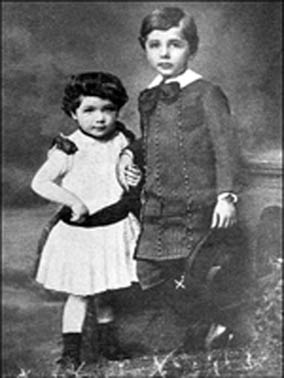 Wikidumper.org is the Official Appreciation Page for the Best of the Wikipedia Rejects. According to its editor Cliff Pickover, “One man’s trash is another man’s treasure". The blog consists of Wikipedia articles that have been deleted or marked for deletion. The entries at this WikiDumper site were being considered for deletion by Wikipedia. Some wondrous entries will remain at Wikipedia if controversies are resolved.

Here is one about Maja Einstein, sister of Albert:
Maja Einstein is the younger sister of great scientist Albert Einstein. Maja was the only friend of Albert during his childhood. When little Albert saw his sister for the first time he thought she was a kind of toy and asked: “Yes, but where does it have its small wheels?” 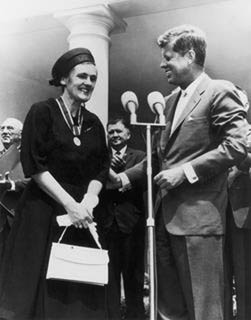 Fighting Pharma
When thalidomide was introduced to the world 52 years as a wonder drug to help pregnant women suffering from morning sickness, one woman refused to authorise its use. Despite pressure from the drug's distributor, Richardson Merrell, Frances Kathleen Oldham Kelsey, in her position as reviewer for the U.S. Food and Drug Administration, withheld approval for the drug (marketed in the US as Kevadon), and requested further studies and additional information to explain an English study that documented a nervous system side effect. Her persistence paid off when a link was established between birth defects in European babies and ingestion of the drug by their mothers.