Ad Age's Books page (adage.com/bookstore) has an interesting review on a book called Twitterville: How Businesses Can Thrive in the New Global Neighborhoods by Shel Israel. While the article points out that books about  Twitter are being produced at the rate of around one every fortnight to keep up with demand for information on how to deal with the new kid on the block in social media, this one, according to Chris Abraham, includes some unique insights.

Around ten years ago, blogging empowered the public by providing them with a way to challenge companies, brands, journalists and politicians, turning the tables on the once-aloof institutions, who were abruptly forced to join in the marketing conversation, or die. Discussions were driven largely by consumers, who were confronting big business, en masse, on their own turf. In his book, Israel claims that Twitter is poised to change the online business model once again. Twitter's powerful real-time component means that marketing happens in the here and now.

For Abraham the most engaging concept in the book is the idea of "lethal generosity". In social media this means that the greatest influence goes to the most generous participants, rather than to the loudest. According to Israel: "So if you join a community where a competitor exists, or is free to join, and you give more to that community than the competitor, the other player is forced either to follow you or abstain from participating in a place where customers spend time." 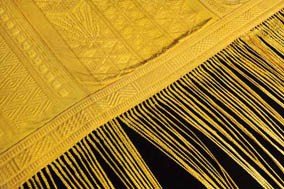 Do the math
9.1 billion: World population in 2050.
200 million: Number of women, according to a recent article in The Lancet who want contraceptives but don’t have access to them.
34 billion: Tonnes of carbon dioxide that could be prevented from being released into the atmosphere if contraception was made available to all those who want it.
32 million: Number of "extra boys" under the age of 20 that China has produced because of selective abortion.
82: Percentage of men, of the 648 people killed by lightning in the U.S. from 1995 to 2008.
50,000: Number of copies of an "altered" version of Charles Darwin's Origin of the Species that Growing Pains child star Kirk Cameron plans to give away free on the 150th anniversary of its publication. The special edition will include a 50-page introduction intended to subvert Darwin's theories.
130: Number of Eastern Grey Whales left  on earth. Geologists carrying out seismic testing in Russian waters suspended operations after viewing evidence that the sound wave blasts they were bouncing off the ocean floor while searching for oil and gas deposits were driving the whales  from their summer feeding grounds.
4: Years it took for 1 million Golden Orb spiders to produce enough silk to weave this 3.5 by 1 metre cloth which went on display at the American Museum of Natural History in New York City this week.
7: Number of days it takes for the Golden Orb spider to regenerate its silk after it has been harvested.